Men, today I am writing to you.  I wont’ fill this post with statistics that state how important your role in the home is or what kind of kids will be produced if their father is not involved in their lives.  Today I write a challenge to you.  I write this challenge from me to you; because I was one of those kids.   Today, I write from my heart to yours.

Father’s day; I use to dread this day, thankfully God redeemed this portion of my life (but that is for a later story).  I would stand before the isle of cards for father’s and stare at the words knowing that none of these fit me.  Not one of these described what I was or how I felt on this day.  Orphaned, rejected, abandoned, unworthy, alone, unloved, are words that I would not find in any of those card setting on that shelf.  If truth be told I longed to just skip this day every year and pretend it didn’t happen.  Pretend that I didn’t have to try to figure out how to make a silk purse out of a sows ear so to speak.  Pretend I didn’t have to send cards to two men wishing them a happy father’s day when they were total strangers to this little girl and her broken heart. 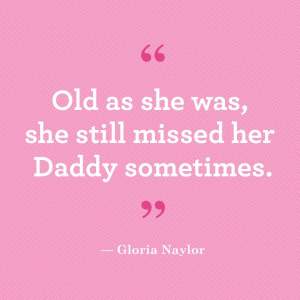 My mother married my biological father when she was in her early 20’s.  He was very handsome and charming.  He was also very secretive about his family and his past.  My mother was naive and had dated only a few men; she was soon enamored with him.  They married and began their life.  My mother grew up in a Christian home.  She expected their life would look similar to her parents.  She was wrong.  My father was an alcoholic and abusive.  He came from a long line of drunk mean men.  She stayed with him until she realized he was damaging her children in such a way that would take years and many prayers to undo.  She stayed until she realized he would not ever be the spiritual leader of their home.  He didn’t know God and didn’t want to.

My mother married a second time.  This for practicality purposes.  She had two kids to raise and thought she needed someone to influence them, help her raise them and provide.  She knew the man’s family as they lived and worked in the same community.  His family thought it a perfect match as he was a single father and needed someone to help him with his daughter.  They wrote back and forth for a number of months met and married.  He moved them away from her family and church.  He was kind to her for the most part.  He provided them a home to live in, food and clothes to wear.  He was very stern with her kids, unloving and jealous of her relationship with her family and children.   She stayed believing this to be better than the last.  Still not a complete picture of what her parents had but better than raising two kids alone.

I was a little girl who grew into a young woman and never sat on her father’s lap.  Never rode on his shoulders or carried in his arms.  I was not snuggled, not protected, not adored, not treasured.  I was tossed aside, called names and made to feel as if I should not exist.  I was always in the way, to mouthy, to demanding.  Apparently too much for two dads to handle.  My biological father absent from my life from age 7 to 17.  My stepfather prideful and arrogant; provided but demanded much in return.  He did not know God and did not want to for most of their married life.  It wasn’t until the kids were grown and they were older that he began going to church.  I grew into a tomboy tough, I don’t need anyone kind of girl who chose the kind of men my father’s were.  I gave my self away as a teen because I wanted the love I never received from my father(s).

Men, today I write to challenge you to be the kind of man your families need.  Men of valor.  Men of courage and strength.  Not necessarily physical strength but spiritual strength.  I am convinced that if either of my father’s had known Jesus as their personal Lord & Savior my life would have looked quite different.  Men you matter.  Not in the way society portrays you but in a real and significant way satan doesn’t want you to know about.  You matter because YOU are who your son’s will be as a father and husband; who your daughters will choose to MARRY some day.  You are who your wife looks to for leadership in the marriage relationship.  You are important and significant in this thing called life. God made man then woman.  Think about that.

Your role is essential to the well being of family.  It is the way God designed it.  Men, when you lead spiritually, when you protect your family from life altering influences, when you pray with and for your family, when you submit your heart to God and worship openly you have the power to change the future for generations.  Today, I challenge you to rise up and be the Godly leaders of your home your wife and family needs.  I challenge you to be an involved dad.  Be at the games, the parent teacher conferences, the dentist office, the recitals.  Be there for the tea parties, the nail salon’s, the clothes shopping.  Be there when their heart is broken by this cruel world; ready to listen and pray.  Take them on adventures, blow bubbles, do hair, paint nails, throw balls.

Do the family devotional your wife has been bugging you about for years.  Pray with your family at meals, before big events, small needs, and bedtime.  Take your family to church.  Talk to them about Jesus.  Be intentional with your time, talent and treasure as it relates to God and your family.  I can promise you in the years to come it will be an investment you won’t regret.

Sharing the melodies in my heart

Fearfully and Wonderfully Made